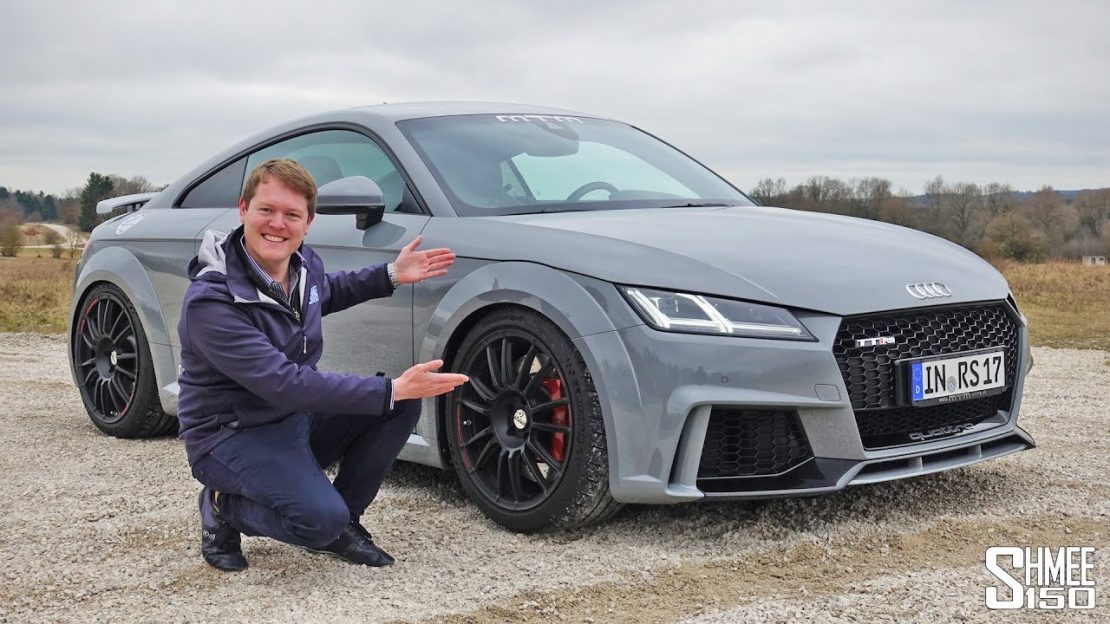 Let’s take a look at the Audi TT RS from MTM, with power increased to 552PS it has more than enough go to reach 300km/h on the open de-restricted Autobahns! With a look around the modifications by MTM, the pocket rocket little Audi with its Quattro system also shows us quite how quickly it can launch off the line too…

With the modifications mostly being on the performance and powertrain side, the car visually is quite subtle, you wouldn’t necessarily realise what it’s capable of at first glance. Where the standard car has 400PS and 480Nm from the 2.5l turbo 5-cylinder, thanks to some fettling, MTM’s version makes 552PS and 650Nm. Officially it will do 0-100km/h in 3.3 seconds and on to a top of 300km/h – safe to say it will decimate both of those figures in the real world!

Join me for a walkaround, test drive on some smaller roads before heading to the Autobahn to get a glimpse of what it’s like there. Finally it’s a jaw-dropping experience of the launch control, where it demonstrates how rapidly it will get moving.

Thanks for watching, Tim