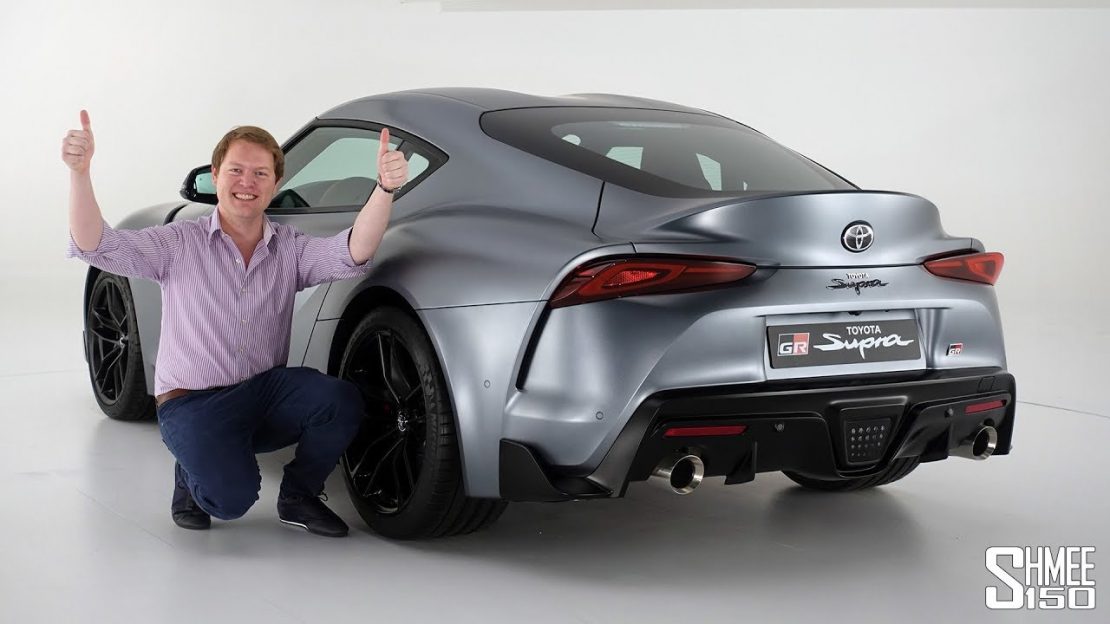 Let’s take a first look and walkaround of the brand new Toyota GR Supra! We can explore in detail the flagship A90 Edition version of the 5th generation Supra, but not only that I can also announce that I have ordered one too! Mine is also the very first one to be allocated in the UK, and will arrive later in 2019, more to come soon.

The long-awaited A90 Supra has been a decade in the making and as it has arrived ever-closer there has been tremendous buzz around it with various concepts, racing versions and even the camoflagued car running at different events. However now released upon the world at the Detroit Motorshow, NAIAS, it has arrived in full for us to take in.

The new car is based on a platform share with BMW and sits as the Coupe to its sister in the form of the soft-top BMW Z4. It’s powered by the 3.0l inline-6 with 340PS and 500nm, which thanks to an 8spd auto means 0-100km/h (62mph) in 4.3 seconds. It’s a 2-seat format with a large rear hatch and is positioned very much as a sporty driving experience with rear-wheel-drive.

The “900 Club” represents the first round of cars for Toyota with 900 allocations primarily to the UK and Germany as well as other European countries. Within those, there will be an opportunity for 90 customers to purchase the A90 Edition; which comes in the matte Storm Grey paintwork along with other distinct characteristics.

With regards to my decision to place a deposit for a Supra; I’ve found it a fascinating story as the car has gone from the FT-1 Concept through to reveal now. I’ve been looking for a new ‘daily driver’ and it fits the bill as well as being a very interesting product in its own right to get to know and experience. I followed the process behind the scenes and ensured I was in the correct place during the day sales started so that the moment it went live I could lock in my deposit in which has turned out to be the first one for the UK market! Further information will come in due course which will establish if that certainly makes it possible to choose the A90 Edition specification, but I will update you when I know more.